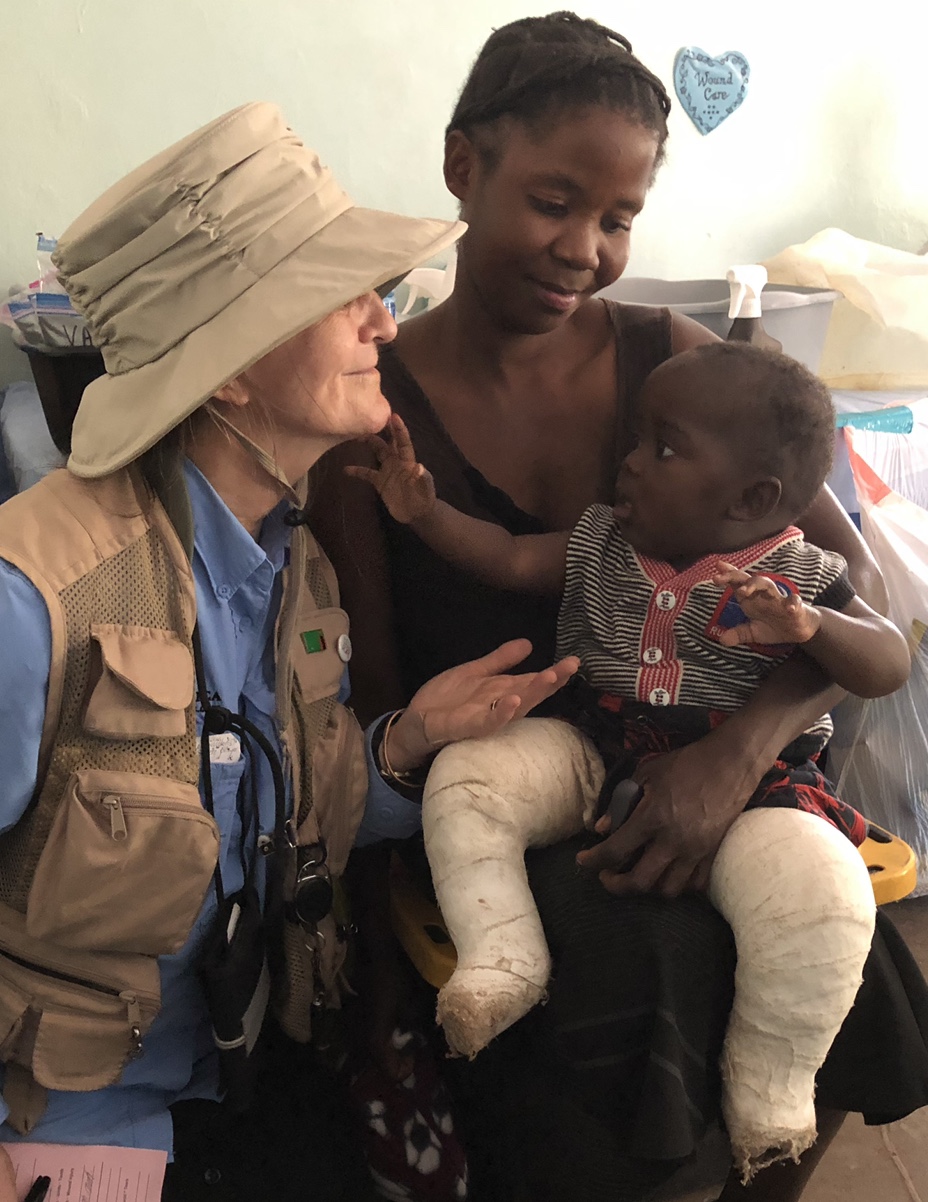 Formerly, Macenzie was known as the Village of Wild Pigs, until, a few years back, the government enacted an eradication. The hunted pigs had been piggy-backing various diseases, infecting people. Now, the red-dry Macenzie earth is trodden by thin goats, poorly feathered ducks, and sun-baked toddlers.

This is a place of dry cracked lips on deeply furrowed faces squinting up to marvel at the mercilessness of the winter sun.

Homes are squat, hand-fashioned gritty bricks, topped by unfastened corrugated sheets, which are weighted down up there by an inscrutable jumble of rusted metal chair legs and snarls of razor wire. Additionally, on each structure, overstretched burlap bags, lumpy with broken cinderblock, spill like fallen chimneys.

Trash on a hot tin roof.

Macenzie is OMNI’s only urban clinic, or, more specifically, urban-adjacent.

If a Hooverville were on Mars, if an apocalypse were under reconstruction, if an ant farm were expanded to the size of a football stadium, if an Escher drawing were made 3-D and then hammered unrecognizable (you get the idea), you would see an approximation of Macenzie. Those from here who are the lucky exceptions to Zambia’s tremendous pit of unemployment must each day walk punishing twists and turns, and traverse socioeconomic oceans, to reach the uninviting asphalt of their meager jobs.

Sisyphus had it easy,

Today, we saw domestic violence—one, a woman beaten by not one but by six men.

We saw poor young women caring for six or ten children. Nothing to eat.

We saw a woman with an ungodly goiter—a grossly enlarged deformation of the butterfly-shaped gland below the Adam's apple (the thyroid gland)—whose growth was beginning to make it hard for her to breathe, horrific especially because her own sister had suffocated to death by the same genetic fate.

We saw scalps cratered and chalked with scabies, misshapen toenails harder than tusk, and unintentional spokespeople for all the world’s despondently poor, asking Doctor Glenn, for example, who had casually rigged a way to keep the sun from blinding him while he diagnosed: “Why, Sir, do you have a blanket hanging over your window when I do not have a blanket to cover my child?” 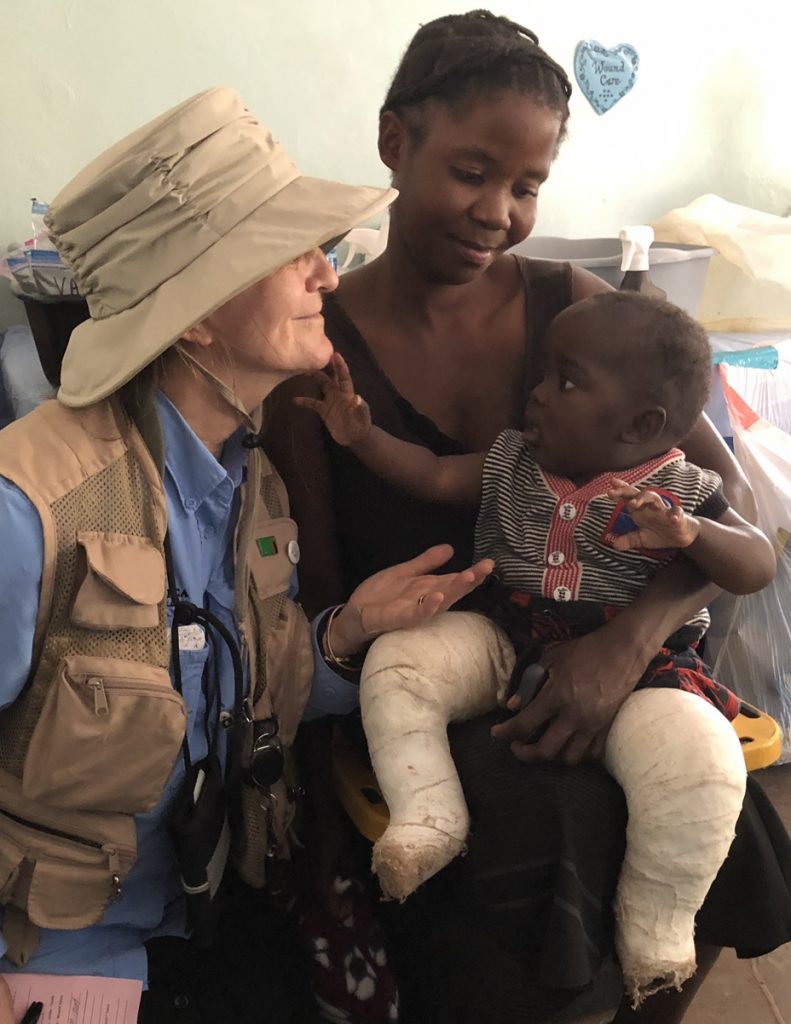 Her 9-month-old son Jonathan was born with bilateral club feet. He was casted and betrayed no frustration whatsoever over the unthinkable plaster grip on his natural freedom.

Jonathan was the friendliest baby I have ever met in Africa. He was calm, fearless, and playful. When I laughed, he laughed harder. If I bent forward, he studied me patiently and reached softly for my face. Everything about Jonathan argued for the mind-boggling concept of reincarnation. Here, it really seemed, was an old soul.

But mother Mary was having a hard time both feeding her baby and affording transport to the children’s hospital to check on her son’s casts.

Should one eat, or prefer adjusting a corrective plaster cage?

Mary arrived at Wound Care with this vexing predicament.

It’s hard to know what word fits a mother who is suddenly liberated from the choice between having her child starve or having him shrivel into non-viable, angular, invalid immobility.

Jonathan meanwhile moved unskeptically. He never broke eye contact. He laughed in seeming recognition of the improbability that his powerful legs should be temporarily constrained.

He seemed to speak telepathically and from the tender, unfarmed fertility of his fingertips, conveying the saints’ succinct old message:

Every gift not given is lost.